In 2018, our honeymoon took us to the Isle of Arran, off the west coast of Scotland.  We fell in love with the place.  So much so, we were back again the following year, this time bringing along my Mum, Dad and sister, Karen.  Whilst driving around during our prior visit, I kept noticing a path running alongside a river in the mountainous north of the island.  It was so inviting, and it was now time to see where it led.

We left the campervan in a small, free of charge car park and, as it had rained most of the morning with ominous looking clouds still looming overhead, grabbed waterproofs for all – Pebble does not like getting wet.  After admiring the view up the river from the bridge, we set off along a puddled path leading along the left hand side of North Sannox Burn. 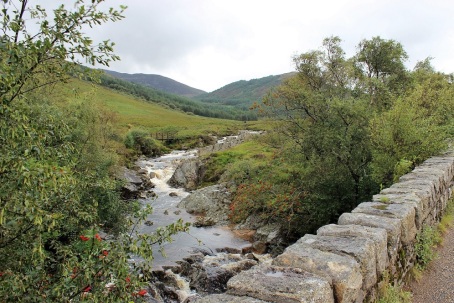 As we wound our way through shrubs and heather, we were never too far from the water.  It was muddy in places, but we were kitted out and now Rowan’s feet are nearly as big as mine he was rocking his new gaiters.  The sound of the water was the soundtrack to our day, getting louder as it crashed over the rocks.

Our route climbed gently and after around half a mile, we passed through a gap in the fence-line.  The navigation was obvious, allowing me to walk just, taking in the surroundings.  A blanket of mostly conifers covered the slopes either side of the burn, that here and there we spotted groups of deciduous trees with their broccoli tops.  Waterfalls looked impressive as they rumbled down towards the sea and Rowan loved the little stone bridge as we passed through a group of trees. 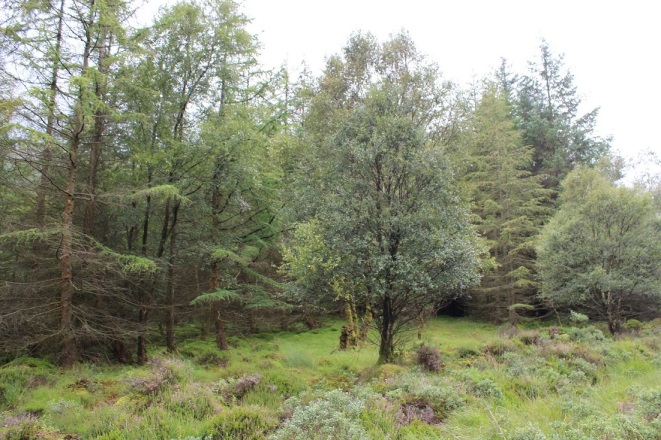 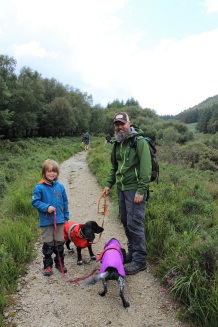 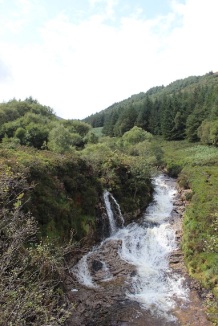 At points along the way, it was possible to climb down close to the stream and its spectacular waterfalls, swollen from the rain.  It reminded me of the white horses summoned at the Ford on Rivendell to sweep the Black Riders away – albeit on a slightly smaller scale.  One such spot looked like a good place for dinner, but we decided to continue on, see what we could find then stop on the way back.

The burn led us closer to the mountains and our surroundings started to become a little wilder.  Eventually, after just over a mile, the trees began to fall away and we reached another fence.  Following bracken and heather lined path would lead us onto the ridges surrounding the glen, so we decided this would be a good point to head back to find our dinner spot.  But not before checking out the cloud that hung on Caisteal Abhail and the jagged ridge leading to the Witch’s Step (just out of view in the photo below). 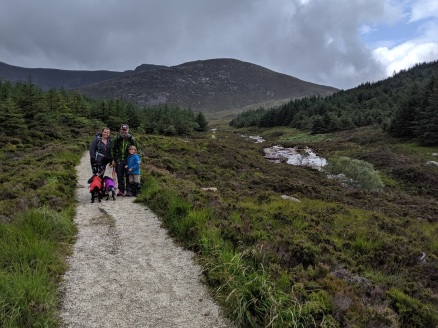 I know not everyone likes out and back routes – I know I didn’t, but I have come to enjoy them.  You get to see the area from a different perspective, and maybe catch some of the things that may have been missed on the way up.  There was always a new view to take in as we started back down the path to find the huge slab we had spied for our butty break. 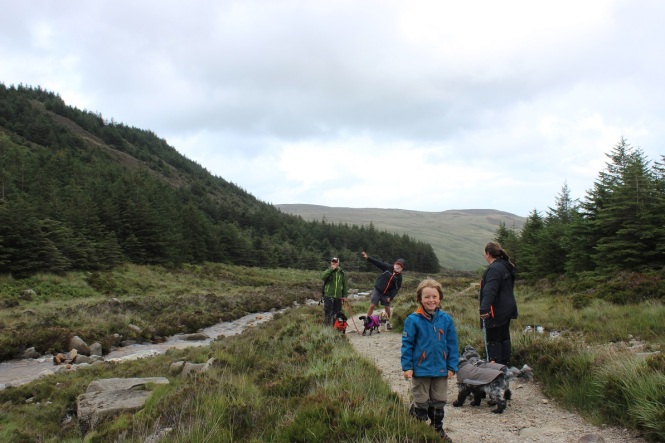 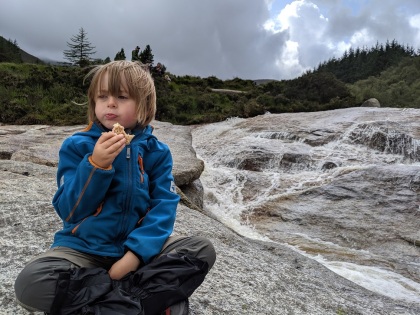 After dinner, we strolled back down the hill until we reached the campervan.  It had been a lovely afternoon walk, covering two and a half miles and 550 feet of ascent in between rain showers, making us glad to have seized the opportunity to get out.  If you like the look of this walk, you can find the route here. 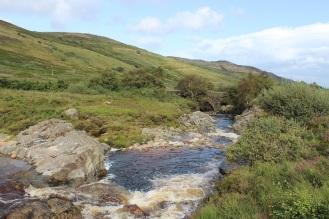